Today, Caroline came in to talk with us about the way we use streets. As always, we had LOADS of ideas to share! 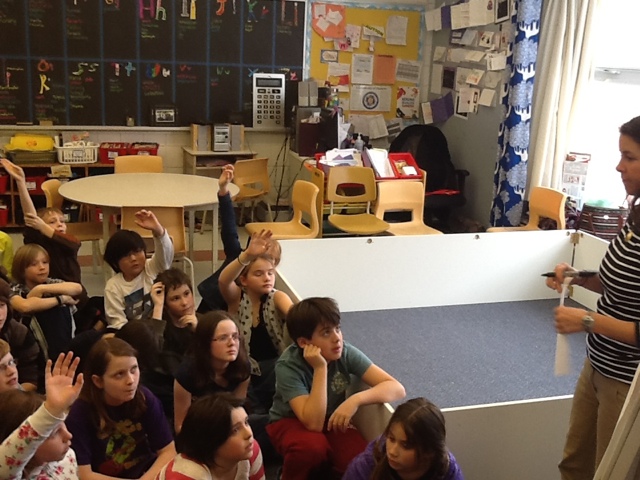 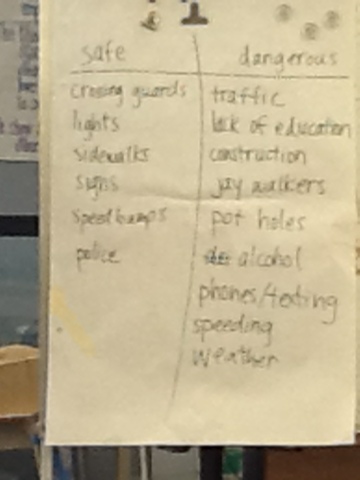 After watching this, Mel said, "That was inspiring!"


What did you notice they did in ?

-they didn’t wear helmets! (Kaleigh)
-the pink “car” was used for bike storage, I wonder what it’s made of (Hunter)
-there were more bikes than cars (Fiona)
-there was a cyclist counter to know how many people are using bikes (Fin)
-there is a cargo bike with a space in front for carrying groceries, the video sort of inspired me (Ethan)
-by biking, they saved the environment (Sophia)
-traffic lights for bikes, they go green a little bit before the cars ()
-the lights in the streets that only the cars can see to keep the bikes safe (Gabby)
-it costs the government a lot of money to set it up, it’s a little complicated, it might take a little money (Ethan)
-it might cost of a lot of money, but we have to think to ourselves, but would we rather spend money and not have people getting hurt? (Fin)
-the citizens are the people who give the government the money to spend, and the citizens should have a bit of choice in what it is spent on  and they might like spending money on the bike stuff (Jack)

The City is thinking about doing something like this in Ottawa. They are called "Complete Streets". If this is something that is interesting, important and inspiring to you, you can help make a change. Citizens, like you can tell the City what you think! You can draw a picture or write a letter or an email or make a video or do something else creative to tell them what you think!