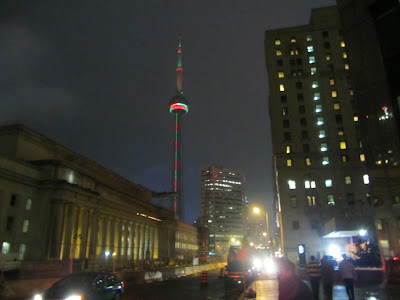 As many of you know, I got to go to Ontario's capital city, Toronto, this weekend. Matt and Jeff were having their CD release party there! Also, it was Matt's birthday weekend and we were really lucky that his favourite band, The Dave Matthews Band was playing. 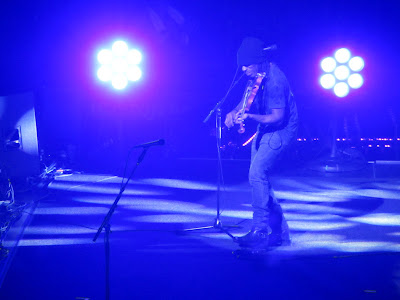 One of the highlights of every Dave Matthews concert is seeing Boyd Tinsley, the violinist, play. He is one of the five original members of DMB. 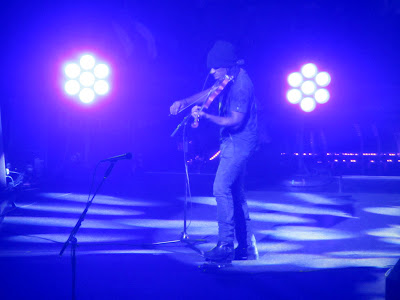 This was Matt's twenty-first time seeing DMB, and I think it was my fifteenth! He has loved the band since he was thirteen and I became a fan when I met Matt!


They are an aazing band to see live, and you've never seen anyone play a violin with such joy and energy as Boyd.


After the show, we had the very special opportunity to actually MEET Boyd, one of Matt's heroes. We found out he was doing a showing of a film he made for his fans (who he calls Narnia Love) and we headed from the concert to the hotel where the film screening was being held. On the way over, we spotted Boyd's bus and saw him sitting there, right in the front seat! 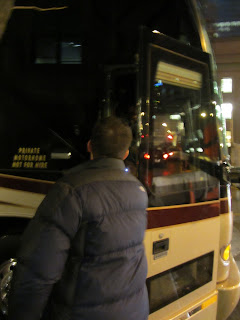 Matt was so excited, we were the very first people there when the bus door opened! 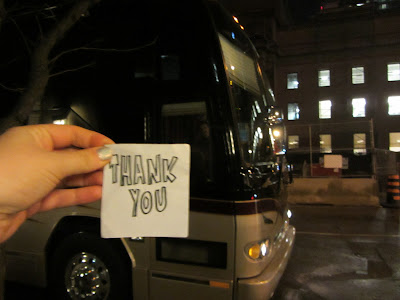 I brought along a Project Thank-You card that weekend, because I knew I'd run into someone in Toronto to thank. 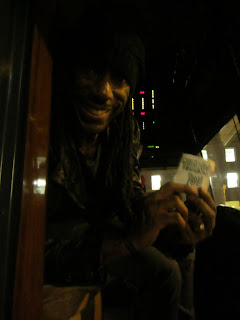 I didn't know I'd get to thank one of the musicians in one of the biggest bands in the world! Because I was about to meet Boyd and he'd given me (and Matt!) so much great entertainment over the years, I thought I'd thank him!
I stepped onto Boyd's bus, thanked him for the great shows, and gave him the card. He gave me a HUGE smile and thanked me for the card. 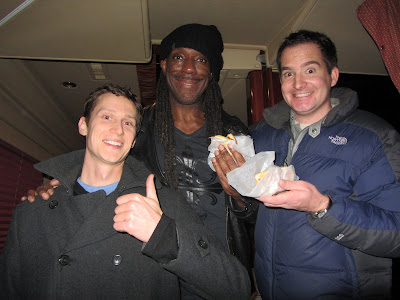 Later in the night, after we watched the movie, there were about ten of us left. We had veggie dogs with Boyd, got a tour of his bus and I chatted with him a little more. I told him about you guys and Project Thank-You. He gave me an awesome hug and promised to pass on two cards! I wonder who will get them!

All weekend, I was buzzing with excitement, I could hardly wait to tell you!
Posted by Shauna Pollock at 08:30