I found this great list of 14 of the most inspirational (and certainly innovative) kids in 2012. As I read more about these kids, I realized that some of the accomplishments happened in 2011, so the list isn't totally accurate, but it's so good, I had to share!

Take some time to watch the slideshow and/or click on the links below to learn more about the kids Mashable deemed the 14 most inspirational of the year. You'll certainly recognize their #1!

Do you agree with their list? Who else would you add? Would you change the order?

I was thinking, maybe this could be the topic for our next news show...what do you think? 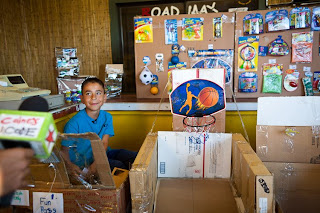 1. 10 year old American Caine Monroy - the namesake of one of our degus and a personal hero in Room 209 - created the inspiration for our Cardboard City, the Cardboard Arcade! People donated nearly $250 000 to a scholarship fund in Caine's name and a charitable foundation pledged to match those donations, dollar for dollar, to help start the Imagination Foundation! 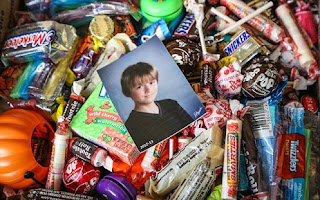 2. After Hurricane Sandy, 11-year old American, Jacob Hughes heard that kids in New Jersey and New York couldn't go trick or treating. He took all his candy, packed it up and sent it to them!


3. Kelvin Doe lives in Sierra Leone and gets electricity in his town once a week, if he's lucky. He has had NO lessons or instruction in engineering and is completely self-taught and loves inventing. He created a battery from metal and wire scraps to "power lights in people's houses". 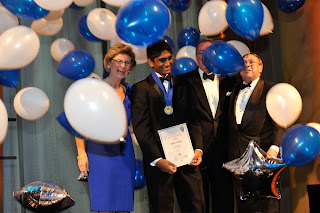 4. 17-year old American, Nithin Tumma is a teen scientist whose reserach on slowing the growth of cancer cells will lead to better treatments and maybe a cure for breast cancer! 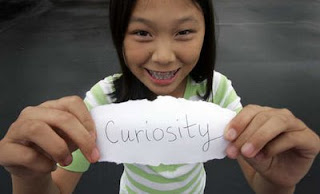 5. 15-year old American, Clara Ma wrote an essay to NASA and got to name the Mars rover! She is responsible for choosing the name "Curiosity"! Her essay is below.

Curiosity is an everlasting flame that burns in everyone's mind. It makes me get out of bed in the morning and wonder what surprises life will throw at me that day. Curiosity is such a powerful force. Without it, we wouldn't be who we are today. When I was younger, I wondered, 'Why is the sky blue?', 'Why do the stars twinkle?', 'Why am I me?', and I still do. I had so many questions, and America is the place where I want to find my answers. Curiosity is the passion that drives us through our everyday lives. We have become explorers and scientists with our need to ask questions and to wonder. Sure, there are many risks and dangers, but despite that, we still continue to wonder and dream and create and hope. We have discovered so much about the world, but still so little. We will never know everything there is to know, but with our burning curiosity, we have learned so much.

7. 12-year old Justen Beer from the Netherlands is a breakdancer whose short film went viral this summer. He plays a young boy who was having trouble at home and at school and turned to dance. His appearance in a short film is stunning and reminds us how important the arts are for ALL kids to express themselves.
8. 19-year old American DIY engineer-photographer Adam Cudworth launched a camera 20 miles into the atmosphere with a high-altitude balloon and took amazing photos of the Earth. He shows us that almost anyone can do space exploration with a little ingenuity and not that much money! 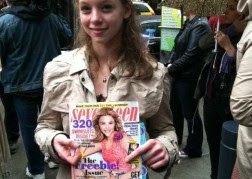 9. 14-year old American Julia Bluhm started a online petition urging Seventeen magazine to stop editing photos of young girls. She collected so many signatures that Seventeen magazine's editor in chief listened and agreed to never change the shape or size of a girl's face or body in their magazine! That's serious Girl Power! 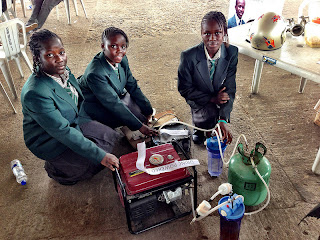