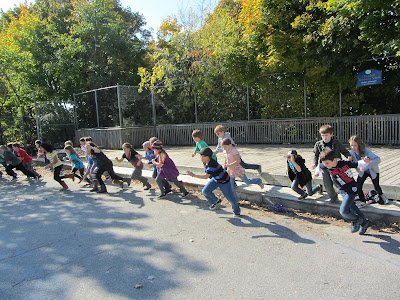 In preparation for our field trip, we practiced a game called The Owl Game on the school yard. I didn't think it was going to work all that well, as I didn't think there were enough spaces to hide in the sandy areas of the yard. Boy, was I wrong!

One child is the "Owl" and "sleeps" for a count of 15 while the "mice, bats, lizards and bunnies" run out of the "barn" and hide in the "forest".

Then, the owl tries to find his or her prey, using only his or her owl eyes.

The best part of the game comes at the end, when the owl has found all the prey he or she can and then he or she calls out for the rest of the mice to reveal themselves. It's so funny to see the students appear out of nowhere, I had to make a video. Check it out below! 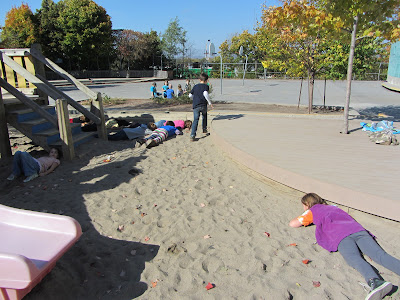 The Owl Game from deep in the middle of the playing field! 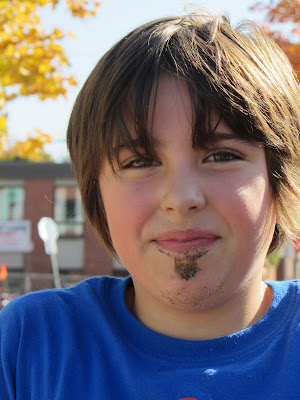 Fin was SERIOUSLY hiding, she even got a "mouse"-full of sand!
Posted by Shauna Pollock at 21:41