A "Blind Listen" to The Royal Condition

Before I revealed who they were, I had the students of Room 209 listen to a couple of tracks by The Royal Condition. They reacted very genuinely to the music and made some interesting observations about the music after listening. 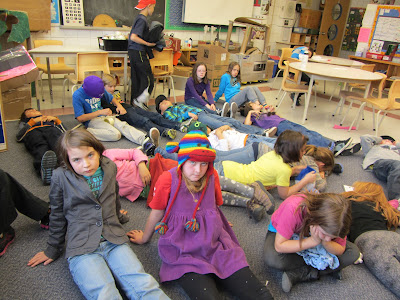 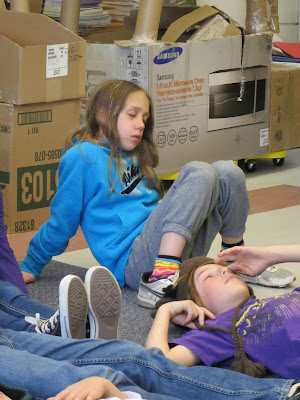 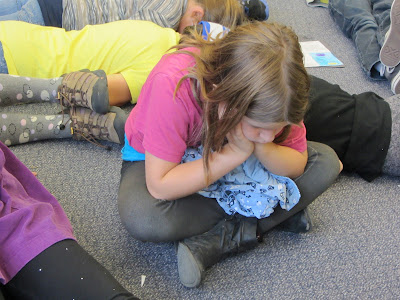 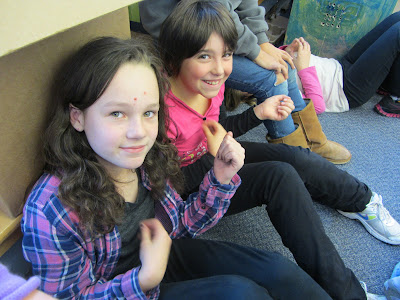 Here are some of their comments, questions and observations:
Is it a mandolin? - Fin
It's weird. - Reilly
The two songs sounded the same. They had the same rhythm and beat. - Fiona
I think they're old songs, because new songs have a rhythm (which means beatboxing). - Ethan
I wanted to sing along, or play an instrument. - Fin
I think it's Pink Floyd. - Kaleigh
It reminds me of Terry Fox and baby twins because of the line "came out and not the same". - Pat
It was sort of catchy, I didn't even realize I was tapping my foot to the music. - Molly
It sounded ancient and like a banjo. - Hunter
It sounded like country music. - Ethan
It was soothing. - Liam
It was relaxing, I think it was the same artist and the lyrics were probably written in 2007. - Pat
It made me think about ukelele class and think about Shauna going to Indonesia because the words sounded Indonesian. - James
I want to look it up. - Hunter
Two people fell asleep. - Sophia
For some reason, I thought it was Matt. - Molly