Digital Degus, you continue to amaze me. 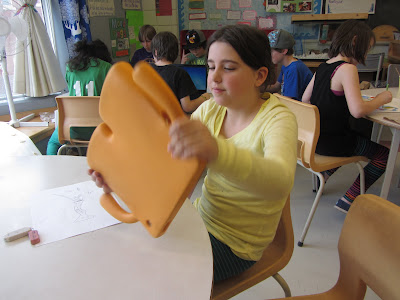 Sharing of ideas:
Pat: We could donate $1000 to RE Wilson for technology, too
Gabby: I think we SHOULD donate the money, because what could we do with $5000?
Fiona: We should get a few iPads for the primary classes – it’s a great way to learn, for the first stages of learning
Hunter: I don’t think we should join the winners up, I think the other schools will have all kinds of expensive equipment already. I think we should take half and give it to RE Wilson and take half of it and give it to another charity.
Vickie: I think it’s a really good idea. You really want to win it because you really want to give it away, because then we can share what we have with other people.
Madi: I think Finley’s idea is an awesome idea, I think we could give some money to RE Wilson and Fielding. We do a lot of charity work and we could give some to one of the charities.
Ethan: I totally agree with Hunter. We were born at the same day at the same time! I think giving $1000 is a little much, I think $250 or $500 or $750.
Kaleigh: I think it’s a good idea, but would we give some money to other classes in our school too? Would we still be able to get apps for us too?
Miguel: I say we should keep $4000, because all the computers in the computer lab don’t really work and we can supply the other classes with new tech and give the rest to charity. 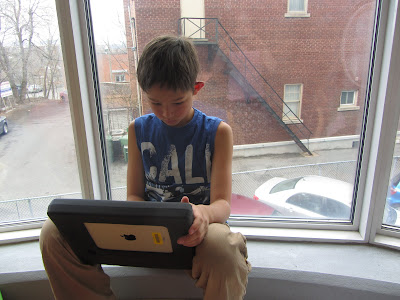 Mel: Ithink we should give $500 to Fielding and $500 to RE Wilson and $500 for a charity and $200 for each of the other schools if they are runners-up. And the rest can come for us and if we have leftovers, we can give it to charity. To me, it’s too much. Kinders should have at least one mini-iPad per class. We have SO much and if you compare it to another school, our class might have more than a whole school! We use them, but I think other schools might need more.
Fin: Maybewe could do some Kiva donations or UNICEF donations. I noticed that everybody is agreeing in a different way. There’s no right and wrong answer.
Thomas: It’s important to remember we might not win. The computers in the lab are REALLY slow and a lot of them are down. I like Finley’s idea, but maybe not $1000, maybe $750 or $800, but save enough for iPads for the younger classes.
Liam:I think we should give $500 to the other two schools, RE Wilson and Fielding. And then we can split the rest of the money between all the classes at Churchill. Would we be able to get a giant cheque or a regular cheque?
Dan: I think we should give however much money RE Wilson needs to go on a field trip and to other schools to go on field trips.
Jack: I think that we should give $1500 to RE Wilson and $500 to Fielding and the rest for our computer lab.
Hunter: I really think we should donate to hospital charities. Maybe someday, if someone had cancer and got better, they might grow up and become a billionaire!
Gabby: When we’re going to Fielding, maybe they could come to our school sometime.
Erika: Maybe we could give half of the money to a hospital and half of the money to RE Wilson. 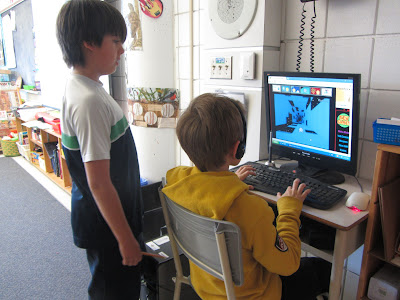 Fiona: I really like all the ideas, but remember that the reason we entered was to get more technology for schools. We could maybe enter something else to get money for charities in general. I really like the idea to get technology for RE Wilson and Fielding and some for the runners-up. If we were to win and give some to Fielding, we could give it to them on the field trip.
Pat:I think that we should be careful how we say this. Something like, “In our minds, you guys are all winners” instead of, “Nice try, too bad”. That might sound like bragging and we’re not a bragging school. We only have a ⅓ chance of winning.
Molly: I thought maybe we could give half of our money to Uganda because they don’t have any technology except for the principal.
Miguel: Some of the computers in the lab were made in 2001 and many of them crashed. Isn’t the money supposed to be for technology in Ottawa?
Hunter: Even if we don’t win, we could still fundraise for technology for the little kids at our school. We could give iPad lessons or something. Our class is pretty techy and could do iPad lessons for fundraising.
Fiona: If we win and if we keep any money, I think the primaries should come first and we should the same amount of money for each class and they could get the technology that they need. We don’t know if they’d really NEED an iPad.
Miguel: We could get some iTunes gift cards. If we win, we could buy some more computers and screen covers (iGuys) for the iPads.: