We are doing this cool new thing called Genius Hour. Genius Hour is where we do something with a purpose. It is kind of instead of Friday Free Time, which was where we basically do whatever we want. This time, we are doing Genius Hour!
Here are some examples of the things we do in Friday Free Time:
-play random games
-play with blocks
-SOMETIMES work on something that has a point
-goof around
Here are some of the things we do in Genius Hour:
-take things apart (example: toaster)
-record a song and put it on the class YouTube or blog
-write a story with Heather C’s grade 1s or 2s
-endangered species small projects
by Lauren and Millie 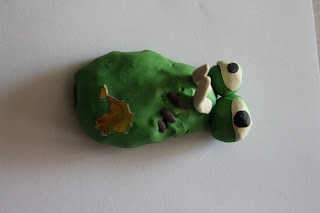 Hunter created a strange little monster and then dissected it! 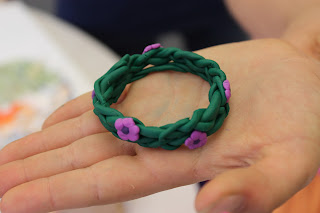 
Haydon created Plasticene characters and used one of the class iPads to film Stop Motion animations.

Purpose:
-to be doing something that is useful but that you are not already doing for school - Fiona
-something productive have a goal! - Hunter
-you can work in groups or independently -Fiona
-it might not fit into a category/subject at school - Laryssa
-you may start to bring in supplies for Genius Hour - Pat
-if you’re NOT SURE, just CHECK!

Brainstorm ideas:
-take something apart (toaster) (CHECK WITH PARENTS and SHAUNA FIRST!) - Hunter
-make something - Gabby
-art project, make a painting - Kaleigh
-be an imagineer, make a model of a ride, submit it to Disney - Pat
-practice programming on Hopscotch - Shauna
-make a Puppet Pals video with a student from Heather C’s class about Skippyjon Jones - Shauna
-record yourself singing a song and post it on our Youtube channel - Shauna
-make a Show Me about Math - Jack
-create a Sifteo game - Fin
-draw on Paint with the new drawing pad - Fin
-install the new webcam - Shauna
-research an apple, make a Smart Ideas about it, make a whole project about it - Thomas
-make a Plasticene earth and split it in half - Molly
-make a video game - Hunter
-make a board game - Shauna
-make a Math game - Miggy
-do a project on “boys” and “girls” toys - Fiona
-draw something and label it with the drawing pad (an organ, for example) - Fin
-make something with Plasticene - Sophia
-make a news report - Madi

Liam and Daniel recorded themselves singing.
Posted by Shauna Pollock at 20:04